Attention: EA Patch Notes 0.3.3 Thanks for playing early access! All data except username and account id will be wiped, premium shop purchases will be refunded as credit to your account, and redeemed codes will be re-usable once Lorwolf officially launches. Cross-site trading is prohibited during early access.
Forums Lorwolf Discussion EA first impressions anyone?
1 month ago
Skeith
He/him
EA first impressions anyone?

Welcome new and old testers, so far I've looked through the new content and some of the old content and I must say a majority of it has had good improvement. I'm still unsure about farming (having to actively check back for the next 20 minutes sounds like a drag) but I'll see how that is once I've gone through my first crops.

hunting seems pretty solid, fishing having all its areas is going to be great, mining is mining, etc. Im definitely still missing any information on what goes on in a battle in terms of just a “X attacked Y” or what the status effects mean but there's enough time to work out those little issues.

LW still displays a bit too large at 100% zoom though and unfortunately at 90% zoom seems to cause things to look very crunchy in the campaign area :(

After having a few days hopping in and out due to being busy with my thesis, I can finally update my main post with my thoughts after playing for a few days. And… I must agree with a lot of the negative sentiments shared in this thread.

I noticed a lack of updates on some core things that this website needs. Most people have already stated the issues with the game so I won't be repeating myself… But I am severely disappointed in the lack of updates to the forum system, which is probably one of the most important systems to maintain and make ENJOYABLE to use.

Several issues are present with the forums:

Other random issues I have

Unfortunately my personal impression isn't good. There were definite balancing issues in the beta test period that I had hoped to see improved, but I would say across the board most things are worse than beta. Activity difficulties have been scaled up too sharply. Level one should be a hill, something that teaches you to climb while presenting just enough challenge to be fun. From there it should gradually build, along with your skills and resources, into a mountain that takes enough effort to feel like you really achieved something. I'm finding most things a mountain right from the get-go.

Farming is possibly the worst formatted activity I've ever seen in a pet sim. Fishing and cooking seem largely unchanged and are the most accessible. Crafting was difficult in beta and I'm getting even less resources now. The layout for hunting is confusing and I'm not sure it will be worth the loss of energy and resources once I have enough of them to try it. Campaigns are obviously supposed to be a challenge, but with two wolves I can barely get past the first ones (hill vs mountain again). There seems to be a lot of punishing gameplay elements. A casual game should offer rewards proportionate to the amount of time and effort spent, but this seems to be rather punishing in some areas for not spending an excessive amount of time and effort. I feel like this may not be a good game for casual players.

The friend I joined with has already quit and I'm considering stepping back for a while myself to see if things will improve at a future date. All in all I'm just very disappointed, because Lorwolf looked very promising at the outset.

It does seem scaled towards a large amount of hover-at-the-computer grinding so far, like only getting 1-3 xp max for each wolf and not a whole lot of loot (and as people are mentioning, the farming. I personally don't like being punished just for going afk or having to step away for a bit; more like casual play-at-your-own-pace but still feel rewarding enough to keep playing, you know?). I'm not expecting to have a bunch of stuff from the get-go since we just started (and are still in EA), but it's still a little disorienting having so little yet needing so much from the very beginning.

I'm still exploring and learning my way around, of course, but that's the only criticism I can think of offering for the time being!

I will say, I’m not a huge fan of Farming so far. The rest seems similar to what I remember from beta, but Farming seems very… punishing if you forget about it for too long.

I agree with pretty much all of JCStitches' post, unfortunately. :(

I'm really hoping that the devs consider hiring someone that specializes in game development or something to help make these game mechanics more fun and rewarding rather than frustrating.

What I'm mostly noticing is the conspicuous lack of dailies. It feels like the activities were supposed to be, but they just…keep going forever. Clearly defined dailies are what keep me active and invested in petsites like this one.

I've only been here a day and wasn't here for beta, but I can give my early impression.

I'm having fun, but yeah, the difficulty scaling is… hard. I'm really struggling with the campaign stuff, even just the second one feels so incredibly difficult. My two wolves are level 3 and still getting bodied.

Fishing is nice. Big fan. I like the idea of cooking at least, though how it works could be a bit better.

I think Lorwolf has potential to be very good! Some adjustments to the difficulty scaling to make things more balanced and less punishing to casual players would really help.

I was here for beta and unfortunately beta seemed better formated than EA currently is. It feels like a lot of the suggestions weren't implemented, or even considered.

Farming, I don't really think anyone would have something positive to say about it. I work from home so it's easier for me but I feel awful for anyone else. I understand that once you can make the pies it'll be easier, but to have the most basic crop die so easily and so quickly at starting level is.. a bad idea. Not to mention having the only items able to give you the boon from Tiny and Big be locked behind a significant wall was not thought out properly. You should be able to give them lower quality items starting out, that'll not give the full 12 hours obviously but any help at all is better than.. this.

Hunting is awful if you start with Lupins. I can't say anything else on it. Maybe I just don't fully understand it yet, and maybe my percentage luck has just been awful but it's not fun and doesn't seem worth it.

The gauntlet seems a lot less balanced now than before, but I also didn't do gauntlet until my progens kid was grown in beta and I could use him, so I can't give a solid opinion on it.

For the campaign, it feels almost impossible unless you buy the beginner bundle. I bought it in beta, and it was the first thing I used my credits on for EA because I knew it would be terrible without the water. I understand it's supposed to be difficult but for random events could go every single time and not give you anything at all food wise starting out, which having no way to get energy beyond sheer waiting for hours is a horrible way to do things for a starting area. Fishing helps but you can't cook the koi without burning them until you got a higher level, and I get more koi (or trinkets) than anything else. A lot of people said this in beta that it needed balanced instead of sheer rng, and that is obviously still an issue. To be frank, I'd have just not bothered playing at all if I couldn't get the beginner bundle from the premium shop. The waters let me grind for two hours straight to get my two wolves to high enough levels to finally get to the ends of campaigns and thus get a lot of food and crafting supplies from it as well. That's the only saving grace. I couldn't imagine not having that boon and trying to campaign.

Yeahhh, unfortunately I’m agreeing a lot with JStitches so far. Granted, I’ve been playing “solo” (no reading guides or consulting the Discord when stuck) so I’ve probably been progressing especially slowly, but so far it has felt like a lot of grinding & waiting for minimal gain. I’m a-okay with Lorwolf being a casually-paced game where patience pays off, but it’s a little disheartening this early on.

Forums are janky and there’s a handful of technical snags I’ve encountered, especially on mobile/iPad. Somewhat expected, with this being effectively Beta 2, but… idk, I didn’t think it’d be quite this rough? I think/hope most of those can be fixed with minor code tweaks, though. Those and some quality-of-life improvements about UI and gameplay, lots of which has already been suggested, would be great to see by public release.

Ultimately there’s a lot I want to love about Lorwolf (auto-battling, a gift to my wrists!), so I’m sticking around and really want to see a rebalance & technical polish make the game shine. It’s clear a lot of love has gone into the site as-is, the art’s gorgeous, but the gameplay’s been a snag & I can absolutely see how that’d drive people off before they get a full foot in the door.

edit: Update on page 5; still more or less agree with this assessment but feeling much less disappointed/negative as I get used to it.

Was here for beta and I've been having fun with early access but it has felt kind of slow and grindy at times.

The is so much potential for this game, I have high hopes and it seems that the devs are really passionate about making the game the best it can be. I hope that the issues with balancing can be resolved as I think that is going to be something that could push players away from the site.

I would love simple and short tutorials for each aspect of the game as currently I'm a tad lost on what to even do. I've started the campaign and love the afk combat but wasting all of my stamina and having to feed my wolves without even seeing the enemies I needed to fight was a tad disheartening. I thought that I was doing something wrong! I also have no clue how to buy things like a pickaxe for mining. Overall there's great potential here but a bit more guidance would be useful 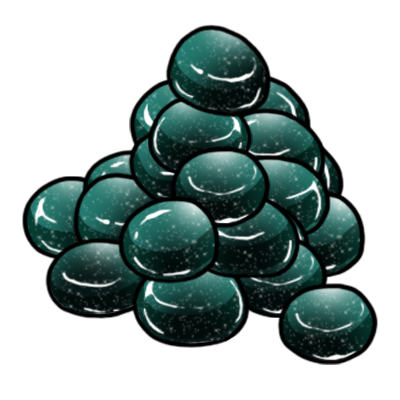 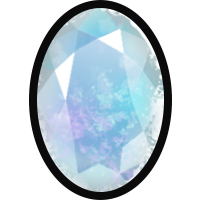